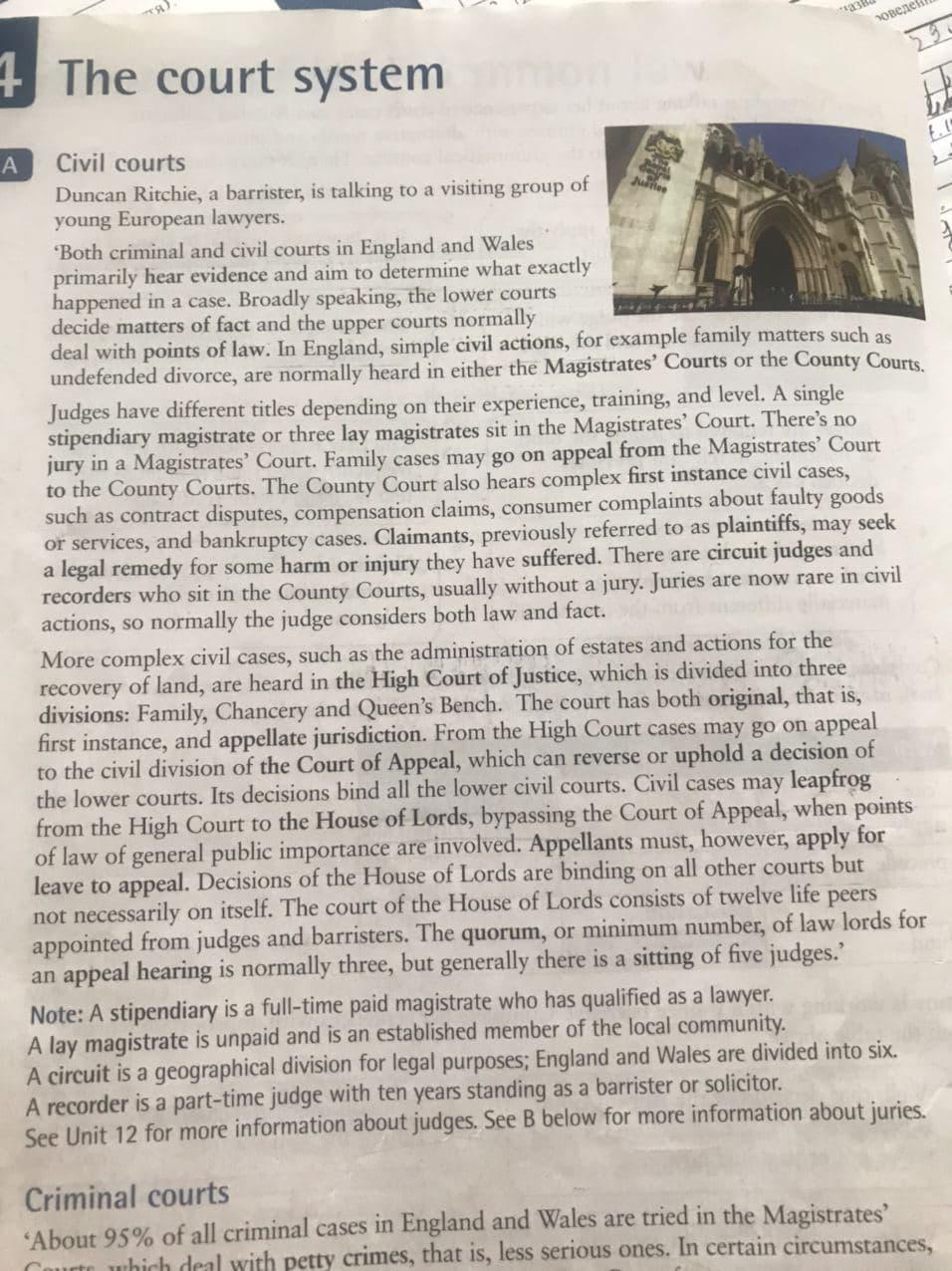 The lower courts decide matters of fact and the upper courts normally deal with points of law.

More complex civil cases are heard in the High Court of Justice, which is divided into three divisions: Family, Chancery and Queen's Bench. From the High Court cases may go on appeal to the civil division of the Court of Appeal, which can reverse or uphold a decision of the lower courts. Civil cases may leapfrog from the High Court to the House of Lords, bypassing the Court of Appeal, when points of law of general public importance are involved. The court of the House of Lords consists of twelve life peers appointed from judges and barristers. The quorum of law lords for an appeal hearing is normally three, but generally there is a sitting of five judges.