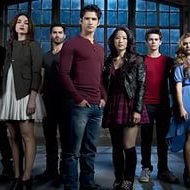 nIt was an ordinary day. She was already preparing for bed, as it seemed to her that there was someone in the room. Girlfriend scared. She opened her eyes and saw a shadow by the window. A friend thought that she seemed and fell asleep

nThe next day it all happened again. But the creak was added to everything. A friend was so scared that she screamed at the whole apartment.

nParents ran into her room. They turned on the light. It turns out that in the afternoon mother brought a huge palm tree in a large pot to the room and set it behind the curtain. A friend admitted that she had never been as scary as that night.
Смотреть ответы
1
Ответ
0/5 (0 оценок)
0